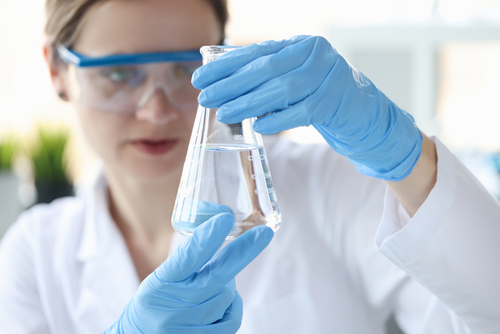 What’s in the water – analytical chemistry helps everyone

What do you think of when you hear the term “Inductively Coupled Plasma Mass Spectroscopy”?  A CSI episode? College Chemistry? Or maybe nothing at all? Most likely you are not familiar with Inductively Coupled Plasma Mass Spectroscopy or ICPMS for short.  But one type of analysis performed with ICPMS is highly relevant to our health and safety and that is the analysis of metals in water.

While you may not have heard of ICPMS, you probably have heard of lead, the soft, malleable silvery gray metal.  Lead poisoning has been documented for centuries but not until the early 1970’s did the US government start to regulate lead to reduce its effect on the environment and wildlife.  In the last few decades regulations for cleaner gasoline, use of lead-free plumbing and paints and many other products have greatly reduced the problem, but not completely. This is because in many cases, old infrastructure is still in use, older buildings are being gentrified and antique items with the original lead-based paints are now chic. These are just some of the ways lead could be ingested or leak into the water supply.

Science tells us that even low-level lead exposure can cause neurological and cardiovascular disease, infertility, and decreased kidney function. Higher than healthy amounts of lead have been linked to learning and behavioral problems, lower IQ, and other health issues in young children. These adverse health effects can last a lifetime! This is why health experts agree that any level of lead in one’s blood, no matter how small, is cause for concern. This is where Inductively Coupled Plasma Mass Spectroscopy can help. ICPMS can measure lead at extremely low levels in water, soil, or other materials like paint.

The ICPMS technique can measure a long list of metallic contaminants in the part per trillion concentration range.  To visualize how minute this is, think of 1 drop of water in 10,000,000 gallons of water!  An Olympic size swimming pool holds 660,000 gallons of water so 1 part per trillion is 1 drop in about 15 full Olympic size pools.  Furthermore, some elements, Pb included, can be measured in the parts per quadrillion range!

You cannot taste, see, or smell low levels lead in the water, which makes it pretty scary.  But knowing that scientists have a method of “seeing” it should make us all feel a little safer.  With the help of a professional lab you can be sure your house, soil, child’s toy or grandma’s antique armoire are not sources of lead in your home.  Inductively Coupled Plasma Mass Spectroscopy is actually highly relevant to protecting ourselves and our children’s health!

Implementing smaller device dimensions requires cleaner chemicals and, more importantly, cleaner production processes.  One example of a potential contamination source is polymeric seals often found in process chambers.  Over time, in aggressive environments such as plasmas, these materials can break down and release metals that can become incorporated in the product processed in that chamber.  Low levels of metals such as Na, K, Li, Cu, Zn, Fe, and Ti, can alter the electrical characteristics and affect long term reliability of semiconductor devices.  Here at Cerium Labs, we regularly use a technique called Vapor Phase Decomposition Inductively Coupled Plasma Mass Spectroscopy (VPD-ICPMS) to measure the trace metals on silicon wafers and identify the source of contamination.

The 3 process steps are:

The procedure starts with the vapor phase decomposition sample preparation technique, by which trace metals on the surface of a silicon wafer are released so that they can be collected. The silicon wafer (from 75 up to 300 mm) is exposed to hydrofluoric acid vapor in a sealed chilling chamber. The hydrofluoric acid vapor forms a condensate on the chilled wafer surface. This condensate etches the surface silicon dioxide layer on the wafer surface along with any metals that are present.

After this, the condensate is collected by carefully scanning the entire wafer surface with a droplet of ultra-pure scanning solution.  This solution is typically a dilute mixture of hydrogen peroxide, nitric acid, and hydrofluoric acid. The scanning process is done by either our automated scanning system or manually by a certified chemist. The droplet is then transferred from the wafer surface into a clean sample vial. Once the droplet is collected, it is diluted and analyzed on the ICPMS.

Our VPD-ICPMS technique is capable of measuring metallic contaminants at concentrations ranging from 1E6 to 1E14 atoms/cm2.  It is particularly useful in measuring light elements on bare silicon or in hydrofluoric acid soluble thin films where TXRF analysis falls short.

The advantages of using this procedure are numerous in semiconductor manufacturing. Metal contamination comes from numerous sources and can lead to catastrophic failures and loss.  VPD-ICPMS and Cerium Laboratories can help you identify the source and improve your wafer yield.